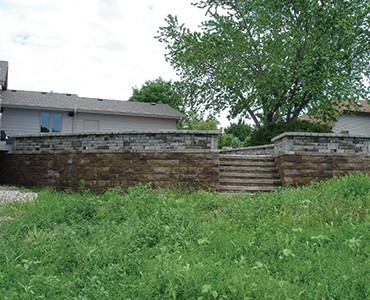 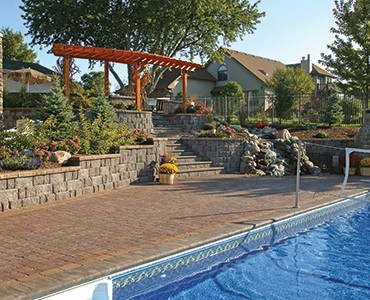 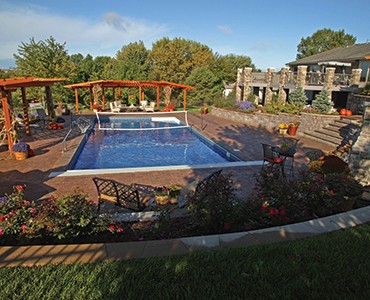 One year after buying a home on a spacious lot in Omaha, the homeowner followed through with plans for indoor and outdoor remodeling. Due to water problems from an existing patio, she called a landscape contractor to remedy the situation and to expand the backyard landscaping, which was mostly overgrown grass.

The original hardscape had fallen into disrepair. “The original retaining walls and pavers were poorly installed and caused water problems in the home’s basement,” the contractor says. His suggestions, combined with the homeowner’s input, produced an award-winning two-level landscape.

“The contractor’s workmanship was excellent,” the homeowner says. The original raised patio was removed and its existing tall support columns were repaired. In addition to the rebuilt deck, the new space features

Entertaining family and guests is an absolute pleasure. People love coming here. You have the beautiful design, the variety of color and sound with the water feature. Guests liken it to a beautiful resort. I call it my paradise.

Much of the hardscape features Anchor™ products which help tie the landscape together. “For the seat walls on the raised patio off the house, we used Highland Stone® freestanding walls to maintain the random pattern afforded by the Diamond Pro Stone Cut® wall system used in the main retaining walls. The colors were selected to complement the existing stones in the deck columns,” the contractor says.

Taste of the West