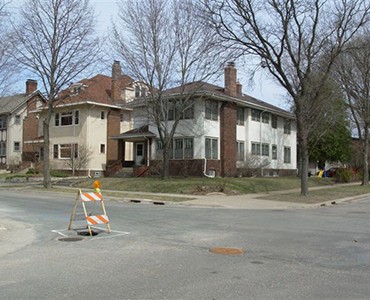 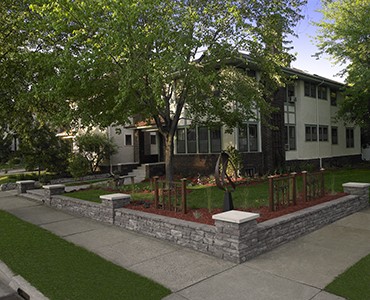 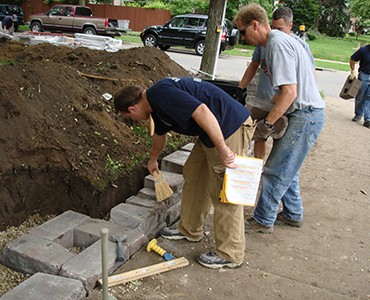 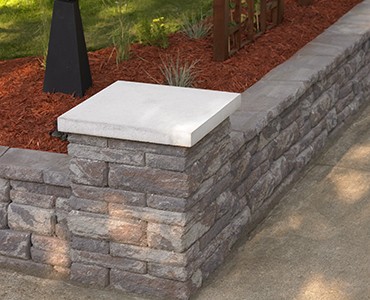 ​The opportunity to participate in HGTV network’s "Curb Appeal" show spurred a home improvement project in Minneapolis. After living in the corner lot duplex for just over a year, the growing family desired more welcoming and functional front and side yards. Exterior and landscaping improvements would set the 1920s duplex apart from similar homes in the neighborhood.

The former yard was ho-hum with a slope to the sidewalk that discouraged healthy grass growth and was therefore full of dandelions. "It was an undefined yard," the homeowner says.

A local designer contributed ideas to the "Curb Appeal" show’s production crew. The homeowners helped to modify the design, along with a landscape contractor who showed the homeowner how to install Anchor™ products. The installation included preparation and build-out of the wall and walkway.

Over several weeks, and as cameras rolled for a few sessions, the homeowner in-stalled the Anchor products in his spare time with firefighter colleagues. "Though it seemed daunting at first, it wasn’t as hard as I thought it would be," he says.

The biggest benefit of doing this project was meeting our neighbors. When you’re digging out the dirt and watching the corner transform, you get to know people on both sides of the street.

Copper sheeting over the entryway and accent trimwork further dressed up the du-plex. "Over time, the copper roof patinaed nicely," the homeowner adds. "The decorative fencing is a see-through barrier be-tween us and the street that we use for growing clematis along with other climbers by the house." A wooden fence added later encloses the rear of the side yard for privacy and to ensure their kids’ safety.

The project is definitely "mom approved," given that the homeowner’s mother—and co-owner of the duplex—lives upstairs.

Taste of the West